Bally Technologies is based in the spiritual home of slots, the mighty Las Vegas, and is one of the world’s leading slot game manufacturers. The company started out as Advanced Patent Technology in 1968, and then became Alliance Gaming in 1996 when it was bought by the Bally Gaming International company. The firm became known as Bally in 2006 and was acquired by Scientific Gaming in 2014. Today it is undoubtedly one of the world’s best-loved and trusted slot games and technology providers. Click here to read more.
Back to see results
Makers
Themes
Clear all filter
Back to see results

Hand of the Devil ™

Jewel of the Dragon ™

Bally Technologies is renowned for offering quality, state-of-the-art features and software, with most games featuring social sharing options, leader boards, music choices and GPS-enabled locators. These all add to the excitement of the games and attract both experienced slot machine gamers and novices alike.

Some of the company’s most popular online games include Golden Pharaoh, Fireball, Playboy Hot Zone, Vegas Huts, Money Wheel, Cash Wizard, Love Meter, Cash Spin and Betty Boop’s Fortune Teller. There are also many more with a range of themes, from classic ideas to movie tributes.

Advanced Patent made its entry into the gaming industry in 1979 after acquiring the United Coin Machine Company, one of the State’s largest slot route operators. This was the beginning of the company’s slots success story, although the journey has not been without some problems. 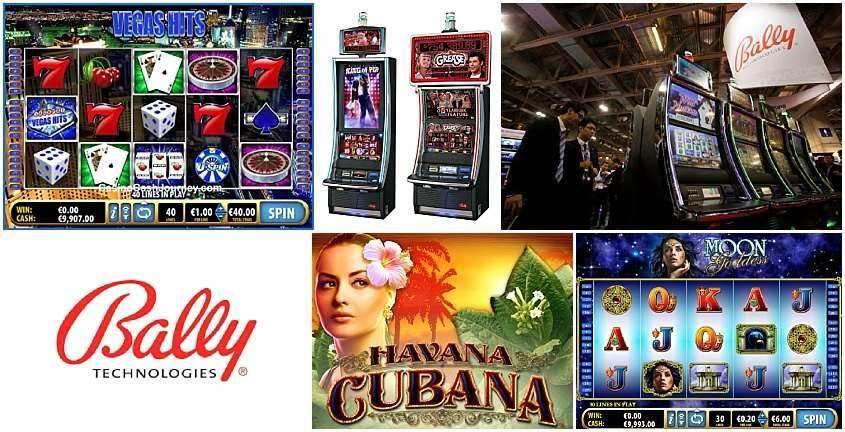 The company founded the Colorado Belle Hotel and Casino in Laughlin, which was the first of a series of hotels in Las Vegas. They courted controversy in 1980 as a result of an SEC investigation, which eventually ended in 1983 when the company’s turnaround began.

From Floors To Mobiles

Bally’s slot machines started out on casino floors but are now available on multiple online platforms, and the company is a major player in the mobile gaming world. They are a popular choice for both slots users and casino providers alike.

Bally Technologies has created websites and mobile applications for casinos around the world, and has acquired many different companies along its path to global success. These include Advanced Casino Systems Corporations, Casino Marketplace and MindPlay.

The company has a sales hub for Europe in Amsterdam and development and research facilities in Chennai and Bangalore in India, demonstrating their standing as a truly global operator.

Bally slots are renowned for their exciting features, which boost the entertainment value of the games. These include:

U-Spin – This is a 3D wheel which offers the feeling of a real-life device. It was first featured in Cash Spin and can also be found in Hot Spin. The wheel allows for player interactions as users can use touch screen capabilities to spin and release the wheel.

DM Tournaments – These are designed to replicate the excitement of slot tournaments in bricks and mortar casinos and are made possible using Bally’s player interface feature.

During games, players may see a small window appear announcing upcoming tournaments and events. Users can then click on a button to enter and take part in a tournament.

Are Bally connected to Bally Wulf?

No - the companies are completely separate and hold no connections to one another.

When were Bally established?

Bally was established back in 1968. Back then, they focused entirely on developing slot machines (and some basic casino technology) for land-based casinos in Las Vegas. They still produce machines for the land-based gaming industry, and it continues to make up a significant portion of their revenue.

Were they previously known by another name?

When Bally first launched they were known as Advanced Patent Technology. In 1996 the company was acquired by Bally Gaming International, and in 2006, they became Bally - or Bally Technologies as they’re sometimes called.

What are some of Bally’s top slots?

They’ve released some of the best-known slots in the land-based casino industry, but online some of their major hits include Titanic, Golden Pharaoh, Playboy Hot Zone and Betty Boop’s Fortune Teller.

Are they still actively making games?