Quickspin is a fresh and fun-loving games developer based in Sweden. The company, which is now owned by Playtech, prides itself on creating innovative, vibrant slots that will be a pleasure to play. Their strong commitment to customer care and respect has earned them several accolades in the gaming industry, even as relative newcomers.  Click here to read more. 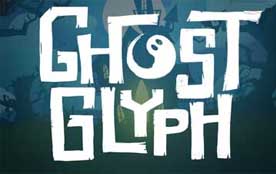 Ticket to the Stars ™

Quickspin's thematic originality, energy and expertise has allowed it to build an immersive roster of online gaming titles, forging connections with some of the biggest casino operators in the business. Its eclectic and accomplished personnel help to make this games developer one of the industry’s ones to watch.

Quickspin was awarded a prestigious EGR B2B Rising Star Award in 2013, and later went on to win a Game of the Year Award for its fun and ferocious video slot, Big Bad Wolf.

Just one short year later, Social Gaming Supplier and Mobile Gaming Software awards followed. The developers at Quickspin clearly love what they do and take their business seriously, but all with a healthy dose of fun and humor.

The major players at Quickspin began as three friends who quit their jobs to start a company that they hoped would bring some innovation and excitement to the industry. Just a few short years later, business is booming. The management team consists of some big names in the technology world:

In 2016, Quickspin was acquired by Playtech, one of the biggest online gaming companies in the world. The deal was made to bolster Playtech's existing slots portfolio and boost its presence in Nordic markets.

Quickspin slot developers work within detailed policies and practices to make sure players can have fun while playing responsibly. This goal involves Quickspin casinos providing plenty of gambling support features that are easy to access. These could include:

The design team set high standards for each video slot they work on, with attention lavished on everything from the graphics and sound to the storyline and the maths bit. The ultimate aim is always to produce something that is both engaging and groundbreaking; a game that everybody will feel compelled to play.

A good example is the art work featured in Nero’s Fortune, produced by talented artist Lucas Johansson. Tasked with creating ‘a lot of fire’ for the company’s first 3D game, he used maths, software and artistic inspiration to deliver amazing results.

Quickspin aim to launch between one and three new slots a month, so creating a list of the best Quickspin games is a challenge. Here we take a look at some of the contenders, focusing on what makes them worthy of being included.

First on our Quickspin games list Is a journey to the mystical world of Quickspin’s Shangri-La, while enjoying wilds, multipliers, free spins and a return to player rate of 96.47%. There are plenty of added twists up Hidden Valley’s sleeve, like the uneven reels that create 40 paylines, or the mega wins paid for a wild-bonus combo.

Featuring the innovative ‘Achievements Engine’, this slice of Chinese history is both engaging and, potentially, very rewarding as a result. The symbols in Sakura Fortune are excellent representations of traditional cultural icons, which enriches an already enchanting atmosphere. Alongside the decent 96.61% RTP rate is a bonus buffet table groaning with respins, wilds and a mystery nudge.

Players can’t fail to feel buzzed by the vibrant colours and interesting graphics of this summer beach themed hot slot. There’s more than a nod to those pesky minions of Despicable Me fame here, which adds another layer to the fun. Identified as ‘Spinions’, you’ll cheer when their orange bodies dance onto the screen and award you a fabulous respin.

The story of Goldilocks may be familiar, but this ever popular fairytale themed slot still packs a punch with Quickspin fans. Along with the famous Achievements Engine players can enjoy three wild bonus options, scatter free spins, and a top possible win of a massive 250,000x the wager staked.

Although Quickspin has long been known for its catalogue of well crafted, generally classic-themed games, this company is not prepared to simply tread water. Instead, they are thrilling fans with innovative game formats.

Expanding reels are a common innovation in Quickspin slots, like:

Another popular feature you’ll find in Quickspin slots the multiplier function. Games like Hidden Valley and Eastern Emeralds which showcase wild multipliers that other slot designers have been inspired by.

As Quickspin has only recently made a move into Megaways slots they have everything to prove, and there’s no doubt they’ll do just that. The release of their Megaways version of the popular Big Bad Wolf Slot was highly anticipated, and builds on the success of the original game while offering players many more winning ways and extra great features.

There’s only one thing better than finding an online slot you really enjoy playing, and that is finding out there’s a series of them! Quickspin developers know what their fans are looking for, and they deliver it up in the form of slot series. Let’s take a closer look at them:

There are three slots out there with this Wild West theme, designed to meet the demands of players who appreciate the excellent package of visuals, sounds, storyline and opportunities the first game delivered.

In all three of the games, you can get in on the action via sticky wilds and free spin features. So, it’s no wonder it’s such a popular game series.

Inspired by the glamour, intrigue and riches of Ancient Egypt, both versions of this popular Quickspin slot machine promise a fun and exciting historical adventure. There’s plenty of action, with cool features like power wilds, power-ups and tumble mechanics, plus the ever popular free spin option. There’s plenty to play for with a top payout of 13,000 multiplied by your wager.

After such a smash hit entrance into the world of online slots and the hearts of their players, it’s no wonder Quickspin took three years to give this game a sibling! Neither version of these games offers free spins, but the ‘moving reel respin’ and ‘super respin’ features trigger enough opportunities to make that unimportant.

The follow-up has shifted the action from the Riviera to Tokyo, the capital city of Japan, but held on to the trio responsible for the daring robberies. It’s more volatile, and the symbols spinning on these reels include gold bullion, sparkly champers, and high-end watches.

For all their humour and fun, Quickspin games takes integrity and player confidence very seriously. The company and its games are recognised by two stringent official bodies, the UK Gambling Commission and the Alderney Gambling Control Commission. These help to ensure that gaming is responsible, enjoyable, genuinely random and fair to play - as well as fun!

The reassurance and impression of company accountability that this provides has helped Quickspin to foster relationships with some of the biggest casinos in the business, including Paddy Power, Unibet, William Hill, Bet365 and Ladbrokes.

What are the most popular slots from Quickspin?

If you're new to Quickspin slots and looking for a place to start, try out its most popular games like Eastern Emeralds, Big Bag Wolf and Sticky Bandits.

What are Quickspin Achievements?

Some Quickspin slots are linked to an Achievements engine, where you can earn points for certain in-game evens like landing a certain win or triggering a bonus round. You can then redeem these points for in-game rewards.

Quickspin's slots are licensed by the Alderney Gambling Control Commission.

Does Quickspin operate any progressive jackpots?

There is just one progressive jackpot available from Quickspin at the moment, Dragon Chase.