Dreamtech Gaming is a Malta-based developer with a focus on Asian and European markets and a range of unique and innovative casino games.     Click here to read more. 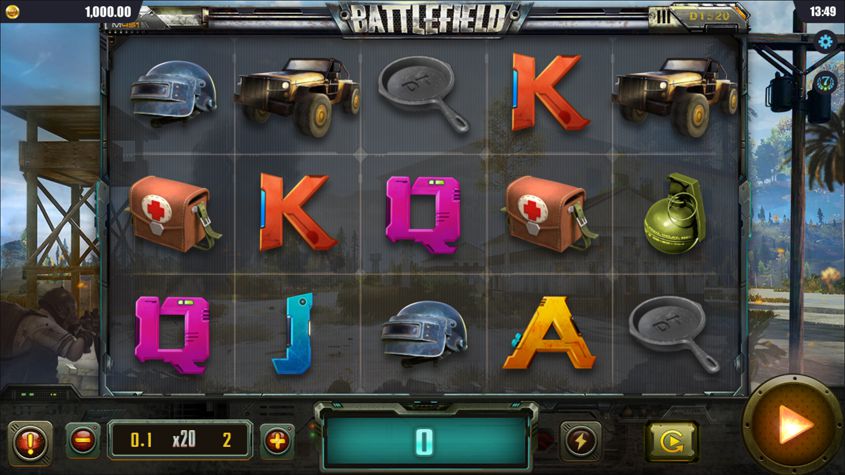 If you’re a fan of slot games aesthetics, Dreamtech will be right near the top of your list as their superb visuals create truly immersive games - but that's not surprising from a company that’s part of the Yggdrasil Masters programme. Best known for their Asian themed slots, Gametech have focused on creating high-quality, versatile and unique game mechanics developed by a team of seasoned industry professionals. Their diverse portfolio and high production values make their slots ones to watch.

Gametech were founded in the Philippines in 2016 and their growth has been rapid, with a well-established portfolio of top-quality games.

Originally licensed through the Philippines Entertainment and Gaming Corporation (PAGCOR), they’ve grown into the European market and now have offices in Australia and Malta, where their games are licensed by the UKGC and the MGA.

The team at Dreamtech brings together the expertise of experienced industry pros who are passionate about innovating games with visually striking design and well-balanced gameplay. Dreamtech are currently partnered with Relax Gaming to bring their unique vision to the casino.

Dreamtech have had a hectic release schedule, and many of their recent games are clearly aimed at the European market. But players who love to try their luck with Asian-themed slots will be on board with stunning games like Four Beauties and Shogun, which really showcase all the best qualities of Dreamtech gaming slots.

Dragon Phoenix Prosper features breathtaking graphics as the phoenix takes you on a journey through the free spins and you ride the luck of the dragon. Tales of Wusong is another Chinese mythology game with a host of winning opportunities from the multiple mini features.

Whether you are a jackpot hunter or not, Demon Hunt to West is an incredible games based on the famous tale of Monkey and his Journey to the West. Incredible audiovisuals and cascading reels gameplay combine into a high-potential, medium-volatility masterpiece.

But there are more strings to Dreamtech’s bow than stunning Asian-themed slots. Legendary Tales has an increasing multiplier, 576 ways to win and a crystal collection feature that triggers a big winning bonus and above-average RTP of 96.29%.

With teams in Asia, Europe and Australia, the cross-pollination of ideas and cultures is bound to produce some great innovation.

The Australian team who worked on Glory of Heroes have taken gamification to a new level in this slot with 21 levels, each with their own Boss battle. Tomb Shadow features a bonus game where your tomb raider must make her way across the reels to trigger a pick-and-win bonus.

The partnership with Yggdrasil has given Dreamtech access to BOOST, Yggdrasil’s proprietary in-game promotional tools, which can be seen to great effect in the brilliant Fire and Ice with its engaging duel-reels feature and four great bonus games.

The Treasure Hunt Trip games are just the ticket if you love fully immersive visuals and innovative bonus gameplay that’s fully integrated with the railway theme.

If you love slots with free spins, the Four Holy Beast online slot features reel spins and Super Free Games that can be hugely rewarding when only the high-paying symbols appear on the reels.

As they turn their strategy toward the European market, Dreamtech have turned their focus onto wider themes and can now match most developers with their range of Egyptian, Wild West, Fantasy and Monster slots that rival the best in the business.

Zombie has a choose-your-own-volatility free spins feature and some unsettling graphics with zombies shuffling across the screen, while the fantasy-themed Knights of the War sees you fighting for king and country with unlimited free spins with expanding wilds.

The Great Gatsby slot puts a modern spin on the tale of the famous millionaire with the Unexpected Wealth streak respin feature and free spins with 3x3 symbols on the central reels. Rock n Roll Night invites players to the stadium, where they can pick up bonus prizes of as much as 1000x after any spin.

What’s impressive is that the design, audio-visuals and gameplay of slots like Hip Hop Man and Perfect Detective are more than a match for their core offering of superb Asian-themed games like Battle of Red Cliffs and Beijing Opera.

Most Dreamtech slots include a free spins round, although some rely on other game modifiers and pick-and-win bonuses. Every game from this developer is also available in a demo mode version so you can explore the gameplay and decide if it’s right for you without risking your bankroll.

Yes, you can play for free right here at Slots Temple. We have an extensive library of slots, including beautiful games from Dreamtech, available to play for fun money prizes.

What are the most common Dreamtech Gaming bonuses in slots?

Like most developers, Dreamtech rely on the classic building blocks of slots play, including free spins, multipliers, wilds and pick-and-win bonus games. Where Dreamtech set themselves apart is in the way they combine, innovate and present these features in order to create slots with compelling gameplay and high replayability.

Dreamtech Gaming are partnered with Relax Gaming to bring their slots to some of the best online casinos around. They’re also part of the Yggdrasil Masters programme, which is an invitation-only scheme open to the best independent developers in the world. You can also tell Dreamtech are a reputable developer by the different licenses they hold. These include the Malta Gaming Authority and the UK Gambling Commission, two of the most well-respected licensing bodies in the business who regularly audit their games to ensure they are safe, secure and fair to play.