With the World Cup just around the corner, all eyes are on international football clubs. While everyone is speculating who will be on the qualifying teams, we were focused on another detail regarding their kits. We are seeing more and more online casinos sponsoring football teams, putting the online gaming market in the sports spotlight.

In 2017, Royal Panda Casino became the new shirt sponsors for the Queen’s Park Rangers. Their brand is displayed on the front of the team’s home, away and third strips. The two parties joined together, as QPR recognised Royal Panda as one of the fastest-growing online gaming brands.

Another deal that was signed in 2017 was Juventus and Betfair come together. The have gone beyond the usual shirt sponsorship with members of the Juventus team working together with the brand on marketing initiatives. There are also some great promotions available from Betfair that offer Juventus supporters amazing perks.

Betfair also sponsors Arsenal. The deal was announced in 2015, and the partnership is still going strong. All domestic fixtures feature branding from the popular online sportsbook, sharing its presence with Air Emirates.

Sport Pesa signed a sponsorship deal with Everton worth £9.6 million per year. While this is far from the most lucrative sponsorships out there, the two parties represent the growing trend in online casino backing.

However, their relationship has been quite tumultuous. Last year, Sport Pesa made some controversial tweets, one of which hinted at Everton being a “hopeless place”. 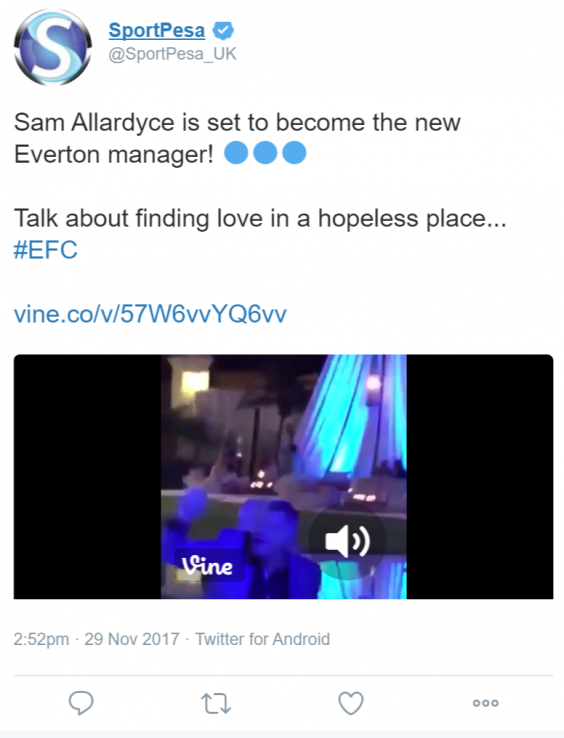 Since then, there have been no more slip ups. However, it does stress the importance of having a strong relationship between two parties in a sponsorship deal.

Footballers are regarded at celebrities around the world, and working with these players enhances the reach of popular gaming brands. When you see Danny Wellbeck with Betfair emblazoned on his jersey, players are going to put a lot of stock in that brand. In the online gaming market, getting your name on the jerseys of a popular football team is just as big of a deal as Ellie Goulding hawking Pantene.

As the online gaming market continues to expand, we’re sure to see more teams with online casino logos on their kits. Who knows? This trend might reach other sports, and it might not be long before we see NASCAR vehicles with casino logos all over them. We’re definitely! keeping our eye out.