Epic Industries was founded in 2014, although the organisation has only recently begun releasing its own slots titles to the online casino market. Until last year the emphasis was on building up partnerships, creating games for other companies and developing their own Slotworks and Assetworks production tools. Click here to read more. 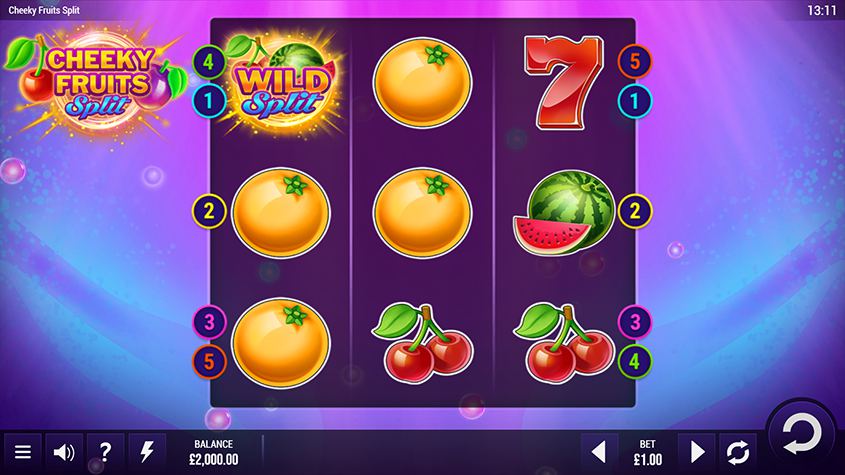 ⭐ Epic Industries Slots have an aggregate user rating of 3.4/5 from 6 votes. ⭐

The team members at Epic Industries may be fairly young, but between them they have several decades’ worth of industry experience. They’re committed to creating games that look and sound wonderful, but that also load quickly and display smoothly across a variety of devices, from PCs to smartphones.

There are only a couple of Epic Industries own-brand slots currently available, both of which we describe below. But there are plenty more games in development, so it’s worth bookmarking this page and checking back regularly to see what’s new from this promising young team.

Epic Crystal was the first game to be released exclusively under the Epic Industries banner, although the organisation has helped to create plenty of games for other developers. Based on a traditional slots theme, the five reels are filled with BARs, colourful 7s and plenty of sparkling crystals too. Boasting an RTP of 96.15% and medium-high volatility, Epic Crystal is a game aimed at mid to high-risk players who enjoy playing old-time slots with a thoroughly modern twist.

Random modifiers spring into action during the base gameplay, with an auto-nudge feature, rapid spins and locked reels to add extra interest. And look out for those wilds - they only occur on reel 2 and 4, but when they land they bring a 2x multiplier, so landing two at once delivers 4x the winning potential!

It’s one of the most popular meals on the planet, and now thanks to Epic Industries you can also enjoy pizza as an innovative slots game too. Load up the Pizza Time slot to start adding peppers, mushrooms, olives and onions to a pizza base to spin up some prize-winning combinations. The reels are spread out across a circular pizza, offering 243 ways to win in a game unlike anything you’ll have played before.

Watch out for the phone alongside the pizza, where customers dial in their special orders to award random reel modifiers.

Match ingredients across adjacent pizza slices to win cash payouts, with pineapple wilds on hand to help you. And don’t take your eyes off the phone to the side of your pizza base - customers can dial in their special orders, creating random reel modifiers when they order meat only, veggie only or spicy options. These orders come with a 2x or 4x multiplier to lead you to even bigger cash payouts. Landing three or more scatters awards up to 12 free spins with a trail that encompasses five separate levels. Eliminate ingredients throughout the bonus to drive up the value of your toppings and increase your payouts accordingly.

So far, all of the Epic Industries self-branded games have been slots with free spins. We can’t guarantee this will be the case with all future games, but since it’s a feature that players love, it’s likely they’ll strive to include this type of bonus with as many games as possible. So far we’ve seen wilds, scatters, bonus symbols and multipliers too, but we’re certain the fun won’t stop there!

There are no industry awards as yet, but plenty of industry support has been forthcoming for Epic Industries. The team have worked with established brands as well as startups, and has managed to integrate its games on major platforms including Gameiom and Quickfire.

From unicorns with digestive problems to more traditional, fruit-based games, the developers at Epic Industries have turned their hands to a huge variety of subjects during their existence. But until recently the emphasis was on creating games for other people. Since launching their own-brand games we’ve seen food themed slots and a highly-modernised take on a fruit-machine classic, so anything is possible for future titles.

To date, all own-brand Epic Industries slots have included a free spins bonus round.

At Slots Temple we’re all about the free slots, so you can enjoy all of the games featured on this page in demo mode.

What are the most common Epic Industries bonuses in slots?

The team at Epic Industries go out of their way to ensure that all their games are fully compliant with all relevant laws and industry regulations.