Based in London, iSoftbet has a whole host of branded game titles that avid gamers will instantly recognize. It is still a relatively new name in the world of gaming after first appearing on the scene back in 2010, but since then it has produced a huge number of games, with approximately 400 that range from slots to social casino games. Click here to read more. 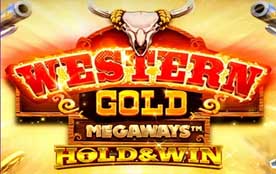 One of the world’s most prolific and popular slot developers iSoftBet is responsible for bringing us some of our favourite games. A London-listed company with further production offices in Malta and Romania, the brand has a reputation for quality, from the implementation of high-end graphics to its easy-to-use formats.

Putting players and people at the centre of production, iSoftBet has a portfolio of nearly 250 well-loved slot games that offer the players what they really want; the perfect combination of classic slot features with innovative technology.

iSoftBet’s key innovations include the use of the Megaways format. Originally designed by Australia’s Big Time Gaming and used by iSoftBet under licence, Megaways is one of the best slot developments to have happened since video slots went digital.

Even iSoftBet games that do not employ the Megaways format are packed with more paylines than the average slot, with a huge number of slots featuring 243 ways to win. The company’s Xtreme Pay concept is another huge innovation in slot game production; super volatile games for life’s highest rollers.

A visually enticing game, this vampire-themed slot is squarely aimed at those with morbid fascinations. Night Queen may only have 20 betways but it remains one of the developer’s most popular and highly ranked games. Super Stacks and Switching Stacks make for added wins, as does the scatter and wild.

The bigger the stacks the greater your chance of a Colossal Symbol, which can add a multiplier of up to x30. If that wasn’t enough this slot also features a free spins feature with Stacked Mystery Symbols.

Book of Sheba - The Golden Book

Based on the famous Queen of Sheba, who features in the Old Testament, this enticing slot game is more than just a history lesson. The high volatility format of Book of Sheba makes for a super exciting journey to the 10th century BC. Enjoy a free spins feature with both Expanding Symbols and the exciting Golden Book Symbol which turns a whole reel gold.

Not the same type of Gold Digger that Kanye West sings about, this slot is firmly themed on the actual process of digging for gold. A 20 payline game with excellent, detailed graphics, Gold Digger takes a popular, tried and tested theme and adds new life to it.

You’ll encounter a wealth of base game modifiers that add wilds and scatters to the reels, while five or more gold nuggets will trigger the Gold Link Respins feature. Take a ride underground to a new screen where your job is to collect nuggets which stay in place for the remainder of the feature.

The Chinese God of Wealth, Cai Shen, features in numerous slot games. Highlights of Book of Cai Shen include the exciting Ultra Bet buy-in feature and the Golden Book symbol, which appears in the free spins and turns a whole reel gold.

Players enjoy cascading respins in Aztec Gold Megaways which occur after every win, continuing until no new wins occur as well as the generosity of the Sun Disc Scatter, which comes in Mini, Major and Mega - fill a column with discs and enjoy a win multiplier. Land 5 or more gold discs and trigger the exciting Aztec Gold Cash Respins feature.

This fine game includes cascading respins after every win, mystery symbols and a packed-out free spins feature with an increasing multiplier, Watson Reels and an Unlockabale Sherlock. With all that going on in Moriarty Megaways you might be surprised to hear that the game also has a high volatility and a variable megaways format with up to an amazing 117,649 paylines.

iSoftBet’s top Africa-themed game, Majestic Megaways is a thrilling journey to the Savannah. Encounter beautiful lions, epic landscapes, wise elephants and raging rhinos in a game that has both a high volatility and a decent RTP of almost 97%. With a variable payline format and a maximum of 117,649 ways to win on any spin, bonus features include cascading wins, free spins and a mystery symbol.

One thing iSoftBet is really well-known for is producing branded slots, bringing back some of the best films and TV shows of all time. Top choices include:

The rich brats of the exclusive 90210 postcode are back in this nostalgic TV-themed slot. With a 243 bothways format and a high RTP of over 97%, you may end up living in luxury like Dylan, Brandon, Kelly and Brenda.

When it comes to bonus features, it’s the battle of the sexes, with both a Girls Free Spins and Boys Free Spins feature. The girls add random wilds while the boys turn whole reels wild.

Based on one of the highest-rated TV shows of all time, the 24 slot is as exhilarating as the reel-time hour-long show that was first broadcast on Fox in 2001. The highlight of the game is the Bonus Game, where players are given a few minutes to disarm the bomb for multipliers - but beware, each wire you cut loses you time. You can win up to x1000 the current bet in this heart-racing bonus game.

When iSoftBet released their first Xtreme Pay game, it was one of the online slot world’s most volatile games. These games are aimed at players who are looking for high-risk, high-octane games with the chance of massive payouts.

Progressive jackpots are not something you see in every iSoftBet game, but you will find a few titles that boast this exciting feature. Most notable is Jackpot Rango, one of iSoftBet’s quirkier slot games that sees a lizard dressed in Wild West get-up, toting a gun and riding a horse.

How to Win Rango’s Jackpot

In the top left corner of the game you can see the current progressive jackpot amount, which rises as you play. To land the jackpot you need to be playing at the max bet and then land five jackpot symbols on a single payline.

Which regulated markets does iSoftbet have licenses for?

Do iSoftbet have any Megaways games?

Does iSoftbet have it's own Platform?

Yes, iSoftbet's Gaming Aggregation Platform is available with a single integration and includes 50+ Providers and 2000+ games.

Where are iSoftbet based?

They have offices in London, Timisoara, Bucharest and Malta.