Kalamba Games have made a splash on the slots scene by being granted the Megaways license from Big Time Gaming and making their first Megaways Game, Machina Megaways. Kalamba put a lot of focus on in-game promotional & retention tools which make their games fun and interesting. Click here to read more. 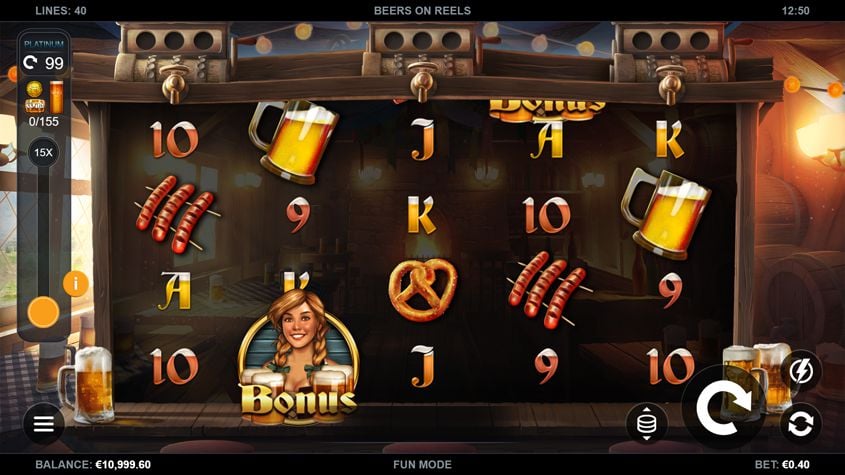 Kalamba Games is an online slots developer that was founded in 2016. Over the years, the company has experienced tremendous growth thanks to its innovation collection of games that have earned Kalamba an impressive reputation in the online slots market.

Every online slots developer has a mission. It’s usually to develop fun games, but Kalamba goes into a little bit more detail to ensure that every game that it releases meets a very high standard. There are four main goals for the development team at Kalamba:

Kalamba Games works hard to forge relationships with the best known and most reputable brands in the online gaming market. You can find slots from this developer at a wide range of casinos across the web, including:

The list continues to expand, as well. So, in the coming months, you’re sure to see slots from Kalamba Games at a huge selection of gaming sites.

As a relatively new online slots developer, Kalamba Games doesn’t have very many awards under its belt as of yet. Still, the company has managed to make a name for itself by receiving several nominations.

In 2018, the company was nominated for two prestigious EGR B2B Awards. It was included on the shortlist for Innovation in Slot Provision (along with Microgaming, Playtech and Quickspin) as well as Software Rising Star (along with Iron Dog Studio and Dench eGaming Solutions). This is sure to only be the beginning of many great awards for Kalamba Games.

There are some unique features that are available only in Kalamba slots games. These are just a few of the innovations that you’ll find when playing slots from this developer:

In-Game Quick Deposit
If you’ve depleted your bankroll while playing a particular slot, you don’t have to leave the game to top up your balance. A low funds pop-up appears to let you know that you’re close to running out of wagers, and you’ll be able to deposit money right away from within the game.

Personal Jackpots
If there’s a certain Kalamba slot that you enjoy, you can build your own progressive jackpot over time. Every time you play certain games (like Tiger’s Claw), the progressive jackpot will climb. This specific value is only available to you, which gives it a more personal touch. Earning 8 or more bonus symbols will provide you with access to the jackpots.

In-Game Volatility Selection
Depending on your wager, you can change the volatility of the game. In some slots, you can decide to turn certain symbols gold for increased payouts which will chance the slot’s variance.

Megaways
Kalamba Games and licensed the Megaways mechanic from Big Time Gaming, which offers players the ability to trigger up to tens of thousands of winning ways in a single spin. This popular series has been a huge hit with players, and you’ll even find Megaways slots from Red Tiger and Blueprint Gaming .

Symbol Collection
This feature presents players with a unique way to trigger the free spins round. As you collect specific symbols, you’ll get closer to triggering the free spins bonus. Normally, in online slots, you have to land three or more bonus symbols on the same spin – but, some Kalamba slots allow you to collect symbols over a number of spins.

Missions
When you play Kalamba slots, achieving certain goals will award you with prizes, so you don’t have to depend only on hitting winning combinations. For example, collecting certain symbols will offer up free spins. You can even save your progress and pick up where you left off.

Kalamba will only continue to create new and innovative gaming experiences for players across the gaming market. We’re excited to see what the developer has in store for the future, as there are already some very impressive games in the Kalamba roster.

Where are Kalamba Games located?

What are some of their best slots?

At the time of writing the game developer’s portfolio is still relatively small. Some of their most popular games include Caribbean Anne, Crystal Cavern, Dino Odyssey, Double Joker, Machina Megaways and Mammoth Chase.

Do they have any notable partnerships?

Yes - and it’s actually been one of the major ways in which the game developer has managed to start making an appearance in the mainstream online gambling industry. They’ve, in the past, partnered with ORYX Gaming, and they’ve more recently partnered with Relax Gaming.

Do they hold a Megaways license?

Yes! Despite being a small game studio, Kalamba Games decided to purchase a license from Big Time Gaming to use their Megaways mechanic. So far, we’ve seen this used in just one of their games - Machina Megaways - but it’s likely we’ll see more in the future!

How are their games distributed?

Today, all of Kalamba Games’ slots are pushed out to online casinos via Relax Gaming’s content distribution platform.