Thunderkick develops high-end and innovative online games for fans of all genres and, despite being a relatively young company, has already established itself as a leading name in the gaming industry. Thunderkick is based in the Swedish capital, Stockholm, and holds a Maltese gaming license. The in-house team have many years of experience and have combined their extensive skills to create a number of popular online games. All gaming development is carried out in-house, giving Thunderkick unrivalled control of their content and platforms. Click here to read more.
Back to see results
Makers
Themes
Clear all filters
Back to see results

Riders of the Storm ™ 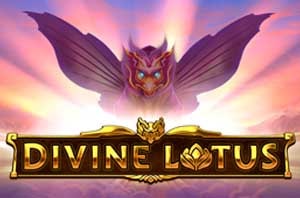 Birds on a Wire ™

The Thunderkick focus is on delivering high-end entertaining and amusing games that firmly place quality ahead of quantity. The team aim to improve the experience of online gamers and make virtual casinos into attractive, engaging environments for users from all backgrounds.

In a crowded marketplace full of thousands of seemingly identical games, Thunderkick stands out by offering something different. The team use original themes and pride themselves on incorporating humorous touches into their online games. Their collection of browser-based games are also available to play on smartphones and tablets, ensuring Thunderkick reaches as wide an audience as possible.

Some of Thunderkick’s best-known games include Esqueleto Explosivo, Magicious and Birds on a Wire. Their innovative and entertaining games are widely available online and offer something for both novice and seasoned gamers. Other games keen users of online casinos might recognize include Fruit Warp, Arcader and Sunny Scoops.

Thunderkick have turned the traditional bonus and special feature aspects of online gaming on their head. The unique selling point of Thunderkick games is their overall design and the high quality of the gameplay experience. A number of Thunderkick games use alternatives to the classic spinning reels, making them entertaining to watch, whether you win or lose. Esqueleto Explosivo, for example, uses rolling skulls in place of the traditional spinning reels, with the skulls being replaced with each press of the Spin button. Fruit Warp lets you throw fruit against a wall and watch it splatter, offering a very different experience to the same old spinning reels you’ll see in almost all online slots.

Magicious is another fun slots game from Thunderkick, and sees the traditional reels replaced by levitating boxes. When a winning combo is achieved, the magician’s assistant character will strike her wand at the relevant boxes and unleash the player’s prizes, adding a fun element to the game.

Another recurring feature of Thunderkick games is the way gamers place their bets. Rather than going through the often time-consuming routine of deciding on a coin size, then a number of coins to bet per line, then finally how many paylines to play, the gamer simply chooses the overall bet amount right away. This makes it far quicker to get started, and far easier to calculate your potential winnings, as prizes are listed as a multiple of your overall bet so you can quickly work out what your top pay out would be in the event of hitting a winning combo.