Ainsworth have been producing top quality slots in Australia for a number of years, now they are online and available everywhere. Lucky us! Click here to read more. 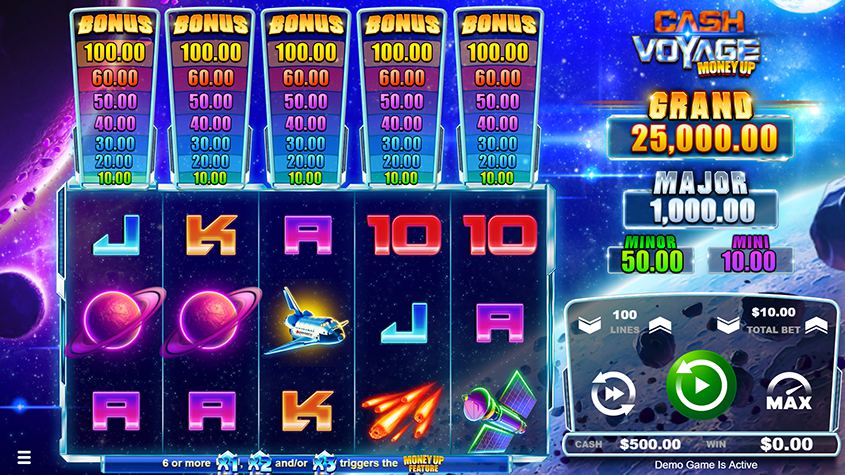 Taking their name from founder Len Ainsworth, Ainsworth Game Technology has been building a reputation as a first-class game developer since the 1960s. For the past half century, Ainsworth games have become firm favourites at casinos across the world.

In recent years, the move to online slots as well as land-based games has proved incredibly successful. Ainsworth has become a byword for producing both cutting-edge gameplay and top-quality games.

These are some of the best Ainsworth slots games that you should certainly try out first:

Set among the Southern African Zulu people, Zulu Treasure is a five-reel, three-row online slot which comes with a fantastic 100 paylines. Features in this title include free spins, bonus games and a progressive jackpot. Watch out for the scatters, which set up the free spin bonus, as well as the bonus Quad Shots and Treasure Hunt.

Mustang Money has 10 fixed paylines on a five-reel, three-row grid. This title comes with a range of bonus features, such as stacked wins, gold coins, free spins and cash multipliers. This Wild West based slot is feature-rich and comes with fantastic graphics and engaging gameplay.

Moon Dancer comes with a fantastic top jackpot of 50,000x the stake as well as a great array of bonuses, including a free spin, bonus wheel and stacked multipliers. This title is played on a 5x3 grid with 50 fixed paylines. The high volatility of this title can produce some big wins, but remember these generally always require patient play.

King Rameses Triple Shot has 25 paylines as well as a triple slot bonus reel next to the features, which comes into play every so often. The bonus rounds which are triggered throughout this title provide the opportunity to win the minor, major or maxi fixed jackpots, paying up to 10,000x the stake.

With a quirky and fun design, Money from Mars is set around friendly looking Martians where five reels and 50 paylines await your attention. Look out for the Money Bags feature, which is triggered by a scatter symbol, with the potential to receive 250x your bet and the Minor, Major or even Grand Bonus.

Way down deep in the middle of the jungle you will find the reels of Congo King. Land three Congo King symbols on this reel and 15 bonus free spins will be triggered. These bonus spins come with their own bonus reel and win multipliers. If you win big in this title, you could land up to 8,000x the stake.

Pussy Cat comes with a progressive jackpot, allowing you to win up to 30,000x the stake if you land the Grand Bonus Jackpot. Other features include eight bonus free spins if three scatters land on the reels, as well as a second chance respin where if only two scatters appear, these remain in place and the rest of the reels respin.

Ainsworth have come up with a range of unique innovations which help their games to play differently than any other developer's titles. Let's take a look at some of these features:

In common with other slot manufacturers, Ainsworth encourage players to play responsibly. It is vital that all players know their limits, keeping their gaming within affordable budgets for them. For this reason, autoplay settings on Ainsworth slots are often set on the small side.

Another way in which Ainsworth ensure their games are designed to be enjoyed responsibly is by providing low minimum bets across titles. It is possible to spin reels in many titles for just 0.01, allowing players with all budgets to enjoy their gaming.

The current incarnation of Ainsworth: Ainsworth Game Technology officially came into existence in 1995. Len Ainsworth, the founder who gave the company its name, has been building land-based slot machines since the 1960s.

The first company Ainsworth founded, Aristocrat, built its first slot machine in 1953, giving Ainsworth a long-running pedigree. Whilst still involved in the work completed by Aristocrat, Len spends most of his time working on Ainsworth titles, which come with the same attention to detail and commitment to gaming excellence that you would expect from Aristocrat.

Ainsworth has been around for decades but only started created online casino games in 2013.

What are the most popular slots from Ainsworth?

The games that players enjoy the most from Ainsworth are Mustang Money, Big Thunder and Rich n Wild.

Many of Ainsworth's brick-and-mortar slots are available online, like The Enforcer, Glitter Gems and Pussy Cat.

Who are Ainsworth slots best suited to?

Ainsworth slots are ideal for players with more traditional tastes, as many of its online games are based on land-based titles.